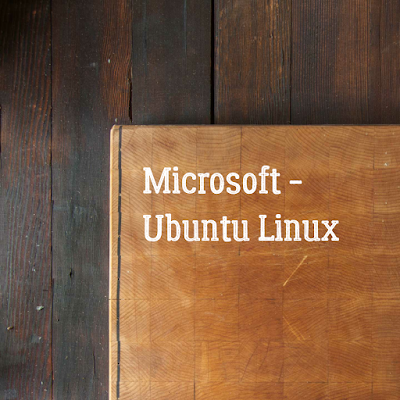 How to Install this App

Navigate to Control Panel and select the “Turn Windows features on or off” menu.
There, you’ll be able to select the “Windows Subsystem for Linux,” which will allow Ubuntu to work following a reboot.
Minimum Requirement for Installing this App
Windows 10 x86_64
This application is available on all windows build > #16251
Microsoft finally has made some major great announcement by allowing Open source distributions to be a part of their Community for download. Though you can install any number of instances of this Ubuntu distribution
in parallel with Windows 10, it basically provides a command line shell for working with shell utilities and its running in a sandbox environment and limited interaction with Windows
Access to bash CLI – Those who are new to Linux, they can have a great and easy way to start up with learning Linux command line using its shell
No need for a separate ssh tool required now. The inbuilt ssh utility can be used for remote access.
This is basically a non gui based installation provided primarily aiming at developers who can just go about installing and using it as a sandbox or test environment.
This looks more of a kind of container based image which you just download and run it for a purpose with complete isolation from the Host environment.
If they going to provide some features like imaging the installation, making a snapshot of the installation which are provided by Virtualization software like VMware and Virtualbox it would be great and allowing this snapshots
to uploaded into repository that would be added advantage.
As we already have Docker available for windows in the form of Docker Toolbox with all these feature, developers might prefer working with Docker container
which are more manageable and maintainable.
These are just some of my thoughts that i clicked into my mind though it’s a great move by Microsoft by opening up for them self’s to the Open Source environment.
They already did it by provide .NET CORE support of Red hat Linux by Collaborating with Red hat and now this one.
source – https://blogs.msdn.microsoft.com/commandline/2017/07/10/ubuntu-now-available-from-the-windows-store/
Leave your thoughts too if you got into this article of mine somehow. How you find this availability of Ubuntu on store  useful and what more you would expect from Microsoft rather than just a plain non gui installation.
Note – Microsoft is also in the process on making SUSE and Fedora Linux distributions also available in their App Stores soon.
linux ubuntu windows